Back in 2014, a couple of people were chatting while walking around a construction site at Joint Base Charleston. One was overheard saying to the other "someone needs to buy me a car". Other parts of the overhead conversation included references to monies being deposited into bank accounts. The participants included Barbara Ann Powell, a contracting officer at Joint Base Charleston and Richard Darnell of Residential Construction, a defense contractor performing work on the base under contracts awarded by Powell.

The person that overheard the conversation informed law enforcement and an investigation was opened. Search warrants were issued and offices were raided. Ultimately, investigators determined that the two had conspired to defraud the Government. Powell gave Darnell inside information on what the Government was estimating the price of certain work should cost via the IGE (Independent Government Estimate) and also provided information concerning what other bidders were offering. Powell, of course was relieved of her duties. It is not known what immediate action was taken against the contractor.

Then things got very quiet and most people forgot about the incident. Not so the FBI and the DCIS (Defense Criminal Investigative Service). They continued to work behind the scenes building and firming up their case against Powell. 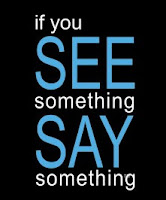 Last week, more than three years after the initial allegations, a United States District Judge sentenced Powell to six months imprisonment, three years of supervised release, and a $12,500 fine for bribery of a public employee. Between 2011 and 2014, Powell had solicited and received "dozens of bribes from contractors at Joint Base Charleston. It is not known the total amount of these bribes. Suffice to say the amount was significant.

Powell's crimes may never have been exposed had not someone took the initiative to report suspicious happenings to the appropriate authorities. It should also compel Government agencies (and contractors) to assess whether there are vulnerabilities in their own procurement practices that might allow similar occurrences.