Incurred Costs and Statute of Limitations

Yesterday we discussed a six-year statute of limitations provision that may or may not be applicable to incurred cost audits. This was based on news accounts of DCAA's growing backlog of incurred cost audits and the concern that the statute of limitation will kick in and the Government will be precluded from recovering any unallowable costs that it finds. Since then, we've dug a little deeper into this subject. Here's what we found. 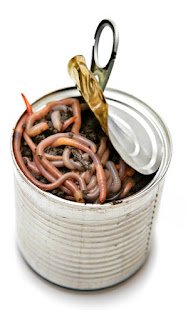 The date when all events, that fix the alleged liability of either the Government or the contractor and permit assertion of the claim, were known or should have been known. For liability to be fixed, some injury must have occurred. However, monetary damages need not have been incurred.

Here's an example. Let's say that a contractor submitted its 2005 incurred cost proposal in a timely manner on June 30, 2006. The final rates were higher than the billing rates so in July 2006, the contractor adjusted billings for 2005 to reflect the final rates. The Government reimbursed the contractor for the higher rates in August 2006. The statute of limitations clock starts ticking on August 2006. That means the Government must assert any claims related to the 2005 indirect costs by August 2012.

Contractors with unaudited incurred cost submissions from 2005 and prior (there are definitely some contractors in that category) should discuss statute of limitations concerns with the auditor to avoid spending a lot of unnecessary time to support an audit engagement.

This statute does not prevent DCAA from performing an audit. It simply provides that any findings on the auditor's part, cannot be pursued as a claim against the contractor.

Caveat - this is not legal advice. If you believe it may apply to your situation, we suggest you consult legal counsel.